Disc Rot, what the hell is it:


Disclaimer - this information has been compiled from about 20 different sources on the internet + personal experience. It is by no means the definitive be all and end all on causes. Do your own research, some links are provided at the bottom of the article.

The phrase that strikes fear into the heart of any collector. Disc Rot. What if my precious games collection is suddenly rendered worthless and unplayable? What if my discs disintegrate and the surface vanishes? What on earth can I do about it?

All valuable questions, but to answer any of them we need to understand what the hell Disc Rot actually is.

Disc – A Compact Disc
Rot – The surface of the Disc deteriorating 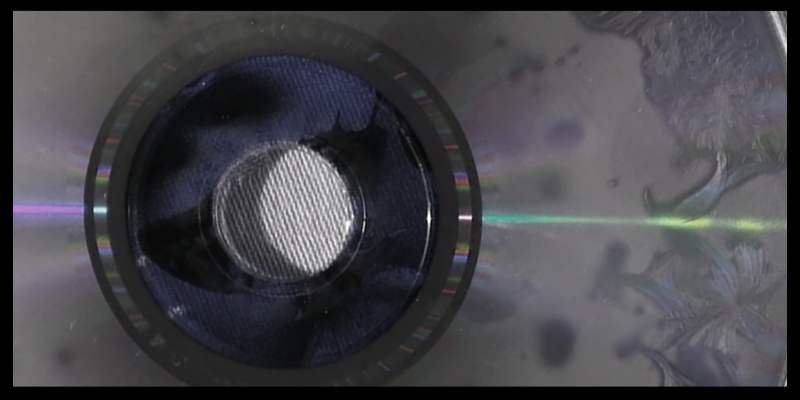 What this means in practical terms is the layer of the disc that holds the data for the game is suffering from a chemical reaction that is causing it to lose structural integrity. To understand why this happens, let’s have a look at what a CD actually is.

Generally speaking, CDs have 4 layers to them made up of different materials. The top and bottom are “protective” while the middle two hold the data and allow it to be read by the disc laser. You can think of the middle 2 layers (Data/Dielectric and Reflective) as one single layer where your data is stored as any damage to these is what causes data loss. 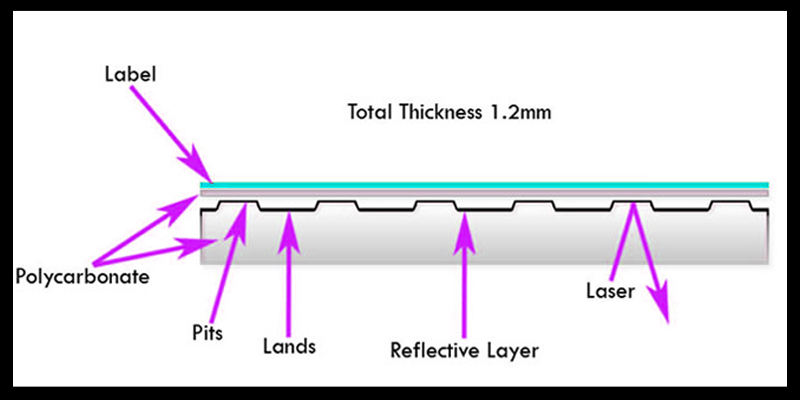 Okay so now we understand what a CD actually is, we can look at what actually causes Disc Rot!

Simply put, Disc Rot is the deterioration of the data/reflective layers that sit between the 2 protective layers, weather that’s moisture getting in between them or simply the layers starting to separate due to the age and structural failure. 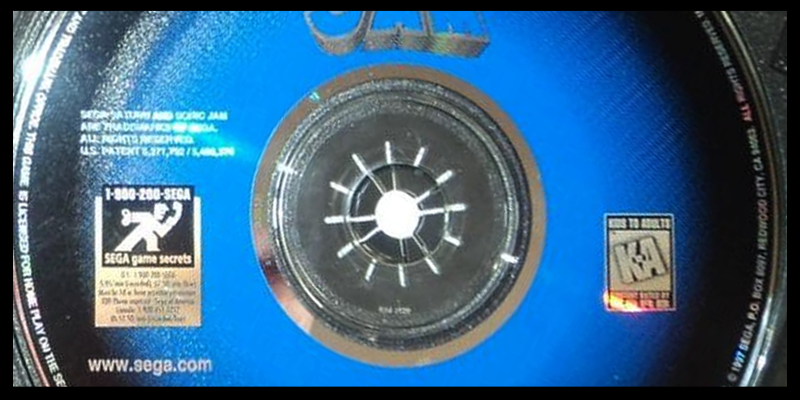 Generally speaking, Disc Rot usually occurs due to serious mishandling and abuse of the Discs, a game stored in a sensible environment (in the disc case in a dry house for example) will likely never suffer from it due to UV or Moisture. This does not mean “It’ll never happen to me”, it simply means “put your discs away after use and there’s a good chance they’ll last a long time”.

Some discs are more prone to it, such as CD-R’s due to using a semi-organic dye for the data layer, however they should still last a long time if treated properly.

So there you have it, disc rot in a nut shell! Impossible to avoid, but also very unlikely to happen to your prized collection!

I’ve got a lot of love for the Saturn, Sega’s neglected console that was left out in the cold world to compete with the likes of the Sony Playstation 1 and N64. It’s got a lot of charm as a system, especially when it comes to the megadrive-esque game pads. Maybe I’m becoming too old, maybe I just like having an oppressive black box sat on the shelf, either way the Saturn is where it’s at for me. Featuring both a cartridge slot (for ram expansion and action replay cheats) and a disc drive, the Saturn came to be in July ’95 for those of us in PAL regions and a little earlier for NA and Japan (November ’94) and is these days pretty much considered Sega’s worst failure of a console due to poor sales and a less than stunning game library. 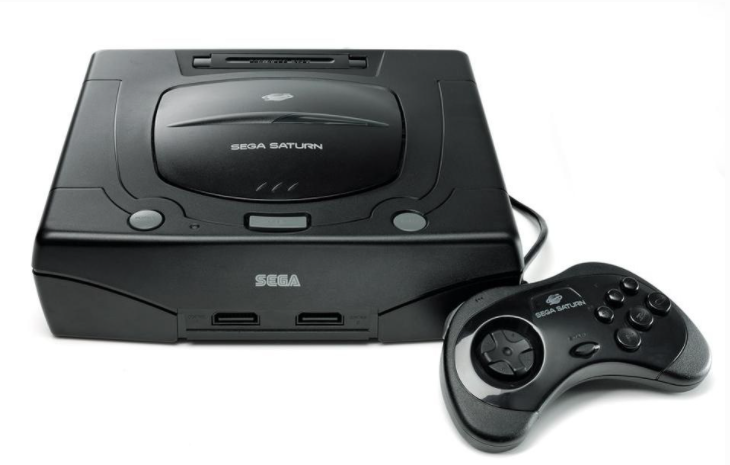 The Saturn runs on 2 Hitachi chips inside and is famously obnoxious to develop for because of this. While always being designed to run 3D games, that was never it’s strongest feature with the 2D lineup (Worms, Nights into Dreams, Metal Slug, Clockwork Knight, etc) far outshining the 3D offerings.


That being said, Sega did take the time to port some of their strongest arcade titles to the platform and many 3rd party developers jumped on the arcade racer bandwagon to produce a few brilliant titles for this unloved system - that’s what we’re going to look at in this weeks video!

Top 5 Racing Games for the Sega Saturn on Original Hardware.

How to fix Powkiddy J6

How to fix the Powkiddy J6 when it does not have an SD Card:

The Powkiddy J6 is a low cost Chinese produced handheld from established handheld makers, Powkiddy. Sold for under (£20 GBP or $25 USD) on aliexpress, the handheld offers multiple emulators accessible through an on screen interface (none touch screen), featuring a simple widescreen display and the ability to load your own roms on as well as re-mappable controls.

The unit is sold both with and without a memory card (a standard TF / micro SD card), unfortunately the units sold without a memory card effectively have their ability to load new roms disabled due to Powkiddy not providing the base file and folder structure for download. That's you up Powkiddy Creek without a paddle then? Well, only kind of. If you've got a TF / Micro SD Card laying around then help is at hand.

The files need to be hosted in this format due to file name and path length restrictions on .zip files.


With these files unpacked and dumped to a TF card then the handheld should function as advertised. The only files I have not managed to load custom roms for are the MAME/Arcade archives, for some reason only the provided Chinese ones function from within the zip files, despite numerous attempts to load custom MAME roms on to the unit with no success. On the original TF card there is a good deal of Chinese language cartoons, popular music and some movie trailers – these have been removed from the card dump for both copyright and file size reasons.

Link to my video review and test of the unit here: Powkiddy J6 Review

Have a look in the Comments for the YT Video review for loads of cool tips and tricks for these units!

With the 25th birthday of the Sony Playstation 1 in Japanese regions last year, I thought we'd have a look at some of the games on original hardware, dismantle and clean out a 7502 and modify one of the more filthy and disgusting cases i've got kicking around! Rather than an article on this, It is instead a video series! First video is the dismantly and cleaning of the console, the second one looks at some shooter games on the original hardware (Soviet Strike etc) and the third and final one is a modifications video, where a 7502 case gets cut open, the lid replaced with a cool perspex see through one and the whole thing made to look like it belongs in the 1980s!

The great space year of 2020 is upon us and the mighty UK bargain store Poundland has shiney new stock of Forcelink 1.0 Figures! £1 for the single figures, £2 for the forcelink arm band and the double pack, which is frankly crazy time. While the forcelink thing itself is absolute hot garbage the figures are very respectable and lovely and nice. Good paint application, great moulding and faces and some accessories that are just a little weird.

In any case, have a watch of the full video review of everything I could get hold of, it's not too far off a full figure set and they look great on the shelf rather than in the bin!

This is a cool little thing! Now that's out of the way, let me tell you what's wrong with it; much like every other one of these chinese rom-hacked action packed total rubbish NES Players, this one suffers with both screen and sound problems. Not Screen problems like you'd expect either - this one is viewing angle and flicker! That being said, it is pink, the buttons aren't too bad and it was very cheap.

Now that's out of the way, have a watch of the video review below and decide for yourself! Personally I kinda like this thing because it does it's job, it's just a shame the game selection is so weird and populated by off-brand hacks.

MattGames was started as a Youtube channel that focuses on retro themed handheld gaming, retro games related items and old technology. The channel and website are soley owned and operated by Matt, a UK based Z list Youtube Celebrity, Retro Games Collector, dismantler of many things and all round top bloke (or insufferable bellend, whichever).

If you would like to join me for a video or guest spot on something then please get in touch! I'll always welcome more knowledge, interest or a sense of humour!